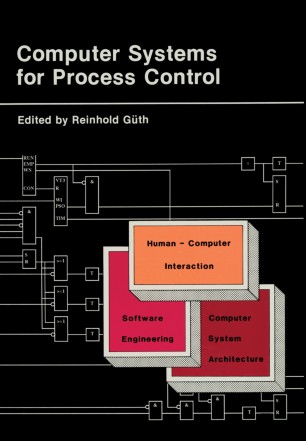 The Brown Boveri Symposia are by now part of a firm!ly established tradition. This is the ninth event in a series which was initiated shortly after Corporate Research was created as a separate entity within our Company; the Symposia are held every other year. The themes to date have been: 1969 Flow Research on Blading 1971 Real-Time Control of Electric Power Systems 1973 High-Temperature Materials in Gas Turbines 1975 Nonemissive Electrooptic Displays 1977 Current Interruption in High-Voltage Networks 1979 Surges in High-Voltage Networks 1981 Semiconductor Devices for Power Conditionling 1983 Corrosion in Power Generating Equipment 1985 Computer Systems for Process Control Why have we chosen these topics? At the outset we established certain selection criteria; we felt that a subject for a symposium should fulfill the following three requirements: It should characterize a part of a thoroughly scientific discipline; in other words it should describe an area of scholarly study and research. r - It should be of current interest in the sense that important results have recently been obtained and considerable research effort is presently underway in the international scientific community. - It should bear some relation to the scientific and technological activity of our Company. Let us look at the requirement "current interest": Some of the topics on the list above have been the subject of research for several decades, some even from the - v vi FOREWORD ginning of the century.