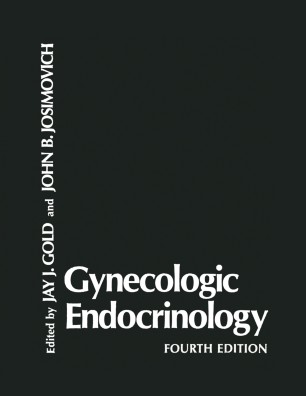 It has been exactly five years since I was privileged to write the foreword for the previous edition of this distinguished book on gynecologic endocrinology. Reproductive endocrinology has been established as a separate respected area in the general field of endocrinology, as well as in obstetrics and gynecology. Years ago the reproductive endocrinologist took long periods of time to answer questions, since most of the studies done then used bioassay methods. These studies were hastened by the work of Berson and Yalow with their development of the radioimmunoassay. They were later awarded the Nobel Prize for this work, since it unlocked many avenues of investigation in the field of endocrinology. It is now possible to measure small quantities of hormones in various biological tissues. Since that time high-pressure liquid chro­ matography and mass spectrometry have unlocked further secrets in this field with their capability of measuring ever smaller quantities of substances as well as their metabolites. Giant strides have been made in other diagnostic methods that interface with gynecologic endocrinology, notably in the field of radiology in the arena of tomography and CAT scans, and now nuclear magnetic resonance. Progress will be pushed still further, and this fourth edition again identifies the leading edge of knowledge. Such new areas embrace the physiology of relaxin, the ontogeny of sexual differentiation, diagnostic procedures on the cervix, functional dysmenorrhea and anorexia nervosa, idiopathic edema, and the misunderstood premenstrual tension syndrome.