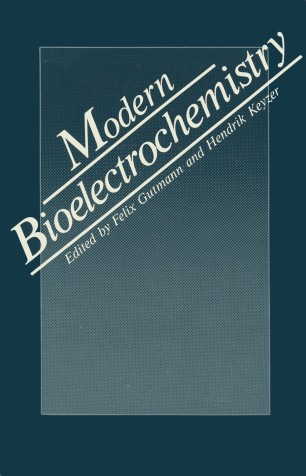 As stated by Buckminster Fuller in Operation Manual for Spaceship Earth, "Synergy is the behavior of whole systems unpredicted by separately observed behaviors of any of the system's separate parts". In a similar vein, one might define an intellectual synergy as "an improvement in our understanding of the behavior of a system unpredicted by separately acquired viewpoints of the activities of such a system". Such considerations underlie, and provide a motivation for, an interdisciplinary approach to the problem of unraveling the deeper mysteries of cellular metabolism and organization, and have led a number of pioneering spirits, many represen­ ted in the pages which follow, to consider biological systems from an elec­ trochemical standpoint. is itself, of course, an interdisciplinary branch of Now electrochemistry science, and there is no doubt that many were introduced to it via Bockris and Reddy's outstanding, wide-ranging and celebrated textbook Modern Electrochemistry. If I am to stick my neck out, and seek to define bioelec­ trochemistry, I would take it to refer to "the study of the mutual interac­ tions of electrical fields and biological materials, including living systems".