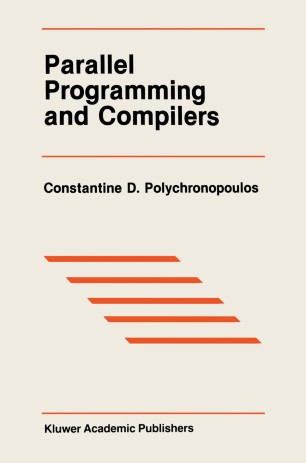 Part of the The Kluwer International Series in Engineering and Computer Science book series (SECS, volume 59)

The second half of the 1970s was marked with impressive advances in array/vector architectures and vectorization techniques and compilers. This progress continued with a particular focus on vector machines until the middle of the 1980s. The major­ ity of supercomputers during this period were register-to-register (Cray 1) or memory-to-memory (CDC Cyber 205) vector (pipelined) machines. However, the increasing demand for higher computational rates lead naturally to parallel comput­ ers and software. Through the replication of autonomous processors in a coordinated system, one can skip over performance barriers due technology limitations. In princi­ ple, parallelism offers unlimited performance potential. Nevertheless, it is very difficult to realize this performance potential in practice. So far, we have seen only the tip of the iceberg called "parallel machines and parallel programming". Parallel programming in particular is a rapidly evolving art and, at present, highly empirical. In this book we discuss several aspects of parallel programming and parallelizing compilers. Instead of trying to develop parallel programming methodologies and paradigms, we often focus on more advanced topics assuming that the reader has an adequate background in parallel processing. The book is organized in three main parts. In the first part (Chapters 1 and 2) we set the stage and focus on program transformations and parallelizing compilers. The second part of this book (Chapters 3 and 4) discusses scheduling for parallel machines from the practical point of view macro and microtasking and supporting environments). Finally, the last part (Le.