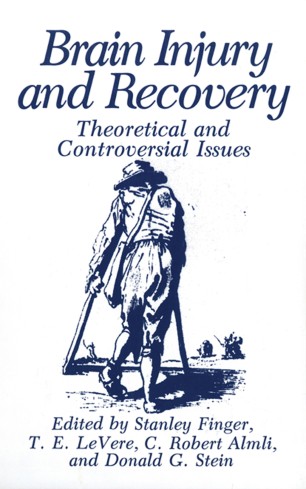 The idea for the present volume grew from discussions that the four of us had among ourselves and with our colleagues at recent scientific meetings. All of us were impressed by the wealth of empirical data that was being generated by investigators interested in brain damage and recovery from both behavioral and biological orientations. Nevertheless, we were concerned about the relative paucity of attempts to evaluate the data provided by new technologies in more than a narrow context or to present new theories or reexamine time-honored ideas in the light of new findings. We recognized that science is guided by new technologies, by hard data, and by theories and ideas. Yet we were forced to conclude that, although investi­ gators were often anxious to publicize new methods and empirical fmdings, the same could not be said about broad hypotheses, underlying concepts, or in­ ferences and speculations that extended beyond the empirical data. Not only were many scientists not formally discussing the broad implications of their data, but, when stimulating ideas were presented, they were more likely to be heard in the halls or over a meal than in organized sessions at scientific meetings.