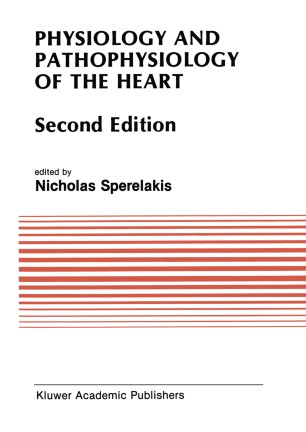 Physiology and Pathophysiology of the Heart

The first edition of this book was quite successful. As in the first edition, the book is divided into two major sections: cardiac muscle and coronary circula­ Several complimentary book reviews appeared soon tion. The book is multidisciplinary and includes after the first edition was published, and written and membrane biophysics, electrophysiology, physiol­ oral words of praise and appreciation were given both ogy, pathophysiology, pharmacology, biochemistry, to the publisher and to me by quite a few individuals. and ultrastructure. Thus, the book attempts ro It is because of such positive comments and reactions that the publisher and I decided to embark on a integrate all relevant aspects of the factors influenc­ second edition of Physiology and Pathophysiology of the ing the function of the heart as a vital organ under Heart. The second edition was long in preparation, normal and various abnormal conditions. The book taking over a year to complete. All chapter contri­ also attempts to set the foundation for an under­ butors were asked to revise, improve, and update standing of the action and mechanism of action of a their articles, and all have done so with enthusiasm number of classes of cardioactive drugs.