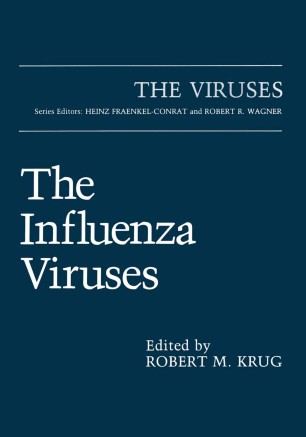 Influenza virus is an important human pathogen, frequently causing widespread disease and a significant loss of life. Much has been learned about the structure of the virus, its genetic variation, its mode of gene expression and replication, and its interaction with the host immu­ nologic system. This knowledge has the potential of leading to ap­ proaches for the control of influenza virus. In addition, research on influ­ enza virus has led to important advances in eukaryotic molecular and cellular biology and in immunology. A major focus of this book is the molecular biology of influenza virus. The first chapter, which serves as an introduction, describes the structure of each of the genomic RNA segments and their encoded pro­ teins. The second chapter discusses the molecular mechanisms involved in the expression and replication of the viral genome. In addition to other subjects, this chapter deals with one of the most distinctive features of influenza virus, namely the unique mechanism whereby viral messenger RNA synthesis is initiated by primers deaved from newly synthesized host-cell RNAs in the nudeus. Among the most significant accomplish­ ments in influenza virus research has been the delineation of the three­ dimensional structure of the two surface glycoproteins of the virus, the hemagglutinin and neuraminidase. This has provided a structural basis for mapping both the antigenic sites and the regions involved in the major biological functions of these two molecules.