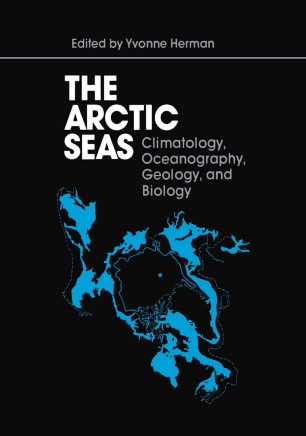 The Arctic region has long held a fascination for explorers and scientists of many countries. Despite the numerous voyages of exploration, the na­ ture of the central Arctic was unknown only 90 years ago; it was believed to be a shallow sea dotted with islands. During Nansen's historic voyage on the polarship Fram, which commenced in 1893, the great depth of the central basin was discovered. In the Soviet Union, investigation of the Arctic Ocean became national policy after 1917. Today research at several scientific institutions there is devoted primarily to the study of the North Polar Ocean and seas. The systematic exploration of the Arctic by the United States com­ menced in 1951. Research has been conducted year-round from drifting ice islands, which are tabular fragments of glacier ice that break away from ice shelves. Most frequently, ice islands originate off the northern coast of Ellesmere Island. These research platforms are occupied as weather sta­ tions, as well as for oceanographic and geophysical studies. Several inter­ national projects, conducted by Canadian, European, and U. S. groups, have been underway during the last three decades. Although much new data have accumulated since the publication of the Marine Geology and Oceanography of the Arctic Seas volume in 1974 (Yvonne Herman, ed. ), in various fields of polar research-including present-day ice cover, hydrogra­ phy, fauna, flora, and geology-many questions remain to be answered.