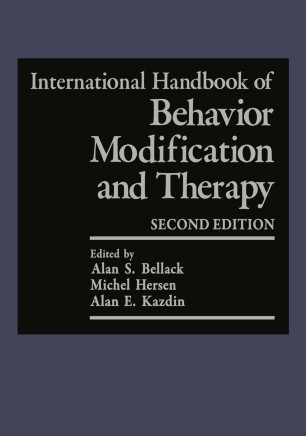 It is particularly gratifying to prepare a second edition of a book, because there is the necessary impli­ cation that the first edition was well received. Moreover, now an opportunity is provided to correct the problems or limitations that existed in the first edition as well as to address recent developments in the field. Thus, we are grateful to our friends, colleagues, and students, as well as to the reviewers who have expressed their approval of the first edition and who have given us valuable input on how the revision could best be structured. Perhaps the first thing that the reader will notice about the second edition is that it is more extensive than the first. The volume currently has 41 chapters, in contrast to the 31 chapters that comprised the earlier version. Chapters 3, 9, 29, and 30 of the first edition either have been dropped or were combined, whereas 14 new chapters have been added. In effect, we are gratified in being able to reflect the continued growth of behavior therapy in the 1980s. Behavior therapists have addressed an ever-increasing number of disorders and behavioral dysfunctions in an increasing range of populations. The most notable advances are taking place in such areas as cognitive approaches, geriatrics, and behavioral medicine, and also in the treatment of childhood disorders.