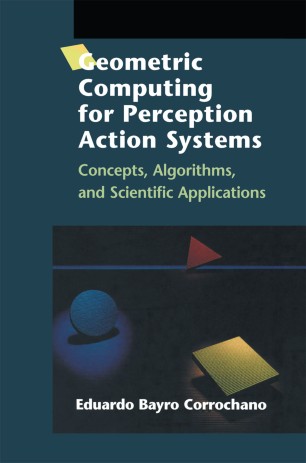 All the efforts to build an intelligent machine have not yet produced a satisfactory autonomous system despite the great progress that has been made in developing computer hardware over the last three decades. The complexity of the tasks that a cognitive system must perform is still not understood well enough. Let us call the endeavor of building intelligent systems as the construction of Perception Action Cycles (PAC). The key idea is to incorporate representation and learning in a flexible geometric system. Until now this issue has always been a matter of neurocomputing. The most frequently used algebraic system for neurocomputation is matrix algebra. However, calculations in geometric algebra often reveal a geometric structure which remains obscure in the equivalent matrix computations. The development of PAC in a unified comprehensive mathematical system is urgently needed to bring unity and coherance to the problems of artificial intelligence. Accordingly, we are motivated by the challenge of applying geometric algebra to the development of PAC systems. Geometric algebra provides the general mathematical framework for the development of the ideas of multi-linear algebra, multi-variable analysis, and the representation of LIE groups and LIE algebras. There is strong evidence that geobetric albegra can be used to carry out efficient computations at all levels in the cognitive system. Geometric algebra reduces the complexity of algebraic expressions and as a result, it improves algorithms both in speed and accuracy. Thus, our goal is to construct PAC systems solely in the geometric algebra language. The preliminary chapters of this book introduce the reader to geometric algebra and the necessary mathematical concepts that will be needed. The latter chapters deal with a variety of applications in the field of cognitive systems in