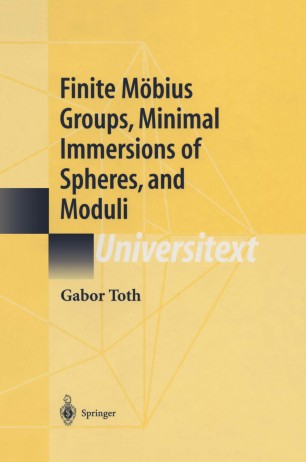 "Spherical soap bubbles", isometric minimal immersions of round spheres into round spheres, or spherical immersions for short, belong to a fast growing and fascinating area between algebra and geometry. This theory has rich inteconnections with a variety of mathematical disciplines such as invariant theory, convex geometry, harmonic maps, and orthogonal multiplications. In this book, the author traces the development of the study of spherical minimal immersions over the past 30 plus years, including Takahashi's 1966 proof regarding the existence of isometric minimal immersions, DoCarmo and Wallach's study of the uniqueness of the standard minimal immersion in the seventies, and the mor recent study of the variety of spherical minimal immersions which have been obtained by the "equivariant construction" as SU(2)-orbits, first used by Mashimo in 1984 and then later by DeTurck and Ziller in 1992. In trying to make this monograph accessible not just to research mathematicians but mathematics graduate students as well, the author included sizeable pieces of material from upper level undergraduate courses, additional graduate level topics such as Felix Kleins classic treatise of the icosahedron, and a valuable selection of exercises at the end of each chapter.