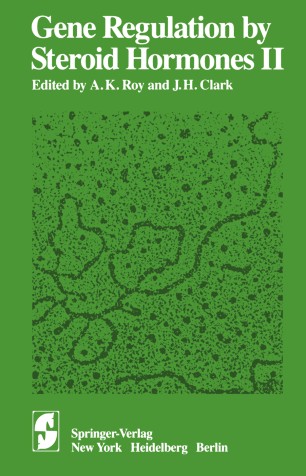 Receptors and Gene Expression It is now more than three years since the last Meadow Brook Conference on Hormones, and a great deal has happened in the meantime. We have become comfortable with the totally unanticipated fact that the coding sequences of genes are in discontinuous arrangements and that the RNA transcribed from them must be extensively processed to form messenger RNA. We have also learned about the strategy of "mixing and matching" of genetic segments so that a small amount of DNA can go a long way in producing a huge variety of different proteins, as in the immunoglobulin system. The explosive effort directed toward DNA sequence analysis has led us to the conclusion that there are signals within the DNA that specify sites of transcription initiation and possibly sites for interacting with regulatory molecules such as hor­ mones and their receptors. The current intense interest in the structure of chromatin beyond the nucleosome-that is, the superstructural characteris­ tics of the genetic material-is finally yielding meaningful results that give promise for understanding the regulation of gene activity. ROBERT F. GOLDBERGER Preface Research on the molecular mechanism of steroid hormone action continues at an extraordinary pace and a great deal of progress has been made. Steroid hormones have been localized on target genes providing the long awaited evidence for the concept of a direct effect of the steroid-receptor complex on gene regulation. Purified steroid receptors have been dissected to identify different functional domains.