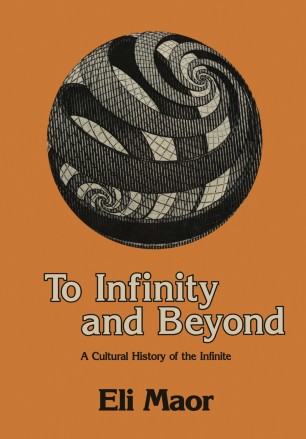 To Infinity and Beyond

A Cultural History of the Infinite

The infinite! No other question has ever moved so profoundly the spirit of man; no other idea has so fruitfully stimulated his intellect; yet no other concept stands in greater need of clarification than that of the infinite. . . - David Hilbert (1862-1943) Infinity is a fathomless gulf, There is a story attributed to David Hilbert, the preeminent mathe­ into which all things matician whose quotation appears above. A man walked into a vanish. hotel late one night and asked for a room. "Sorry, we don't have o Marcus Aurelius (121- 180), Roman Emperor any more vacancies," replied the owner, "but let's see, perhaps and philosopher I can find you a room after alL" Leaving his desk, the owner reluctantly awakened his guests and asked them to change their rooms: the occupant of room #1 would move to room #2, the occupant of room #2 would move to room #3, and so on until each occupant had moved one room over. To the utter astonish­ ment of our latecomer, room #1 suddenly became vacated, and he happily moved in and settled down for the night. But a numbing thought kept him from sleep: How could it be that by merely moving the occupants from one room to another, the first room had become vacated? (Remember, all of the rooms were occupied when he arrived.