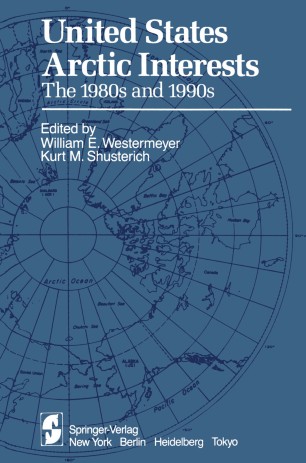 Elliot L. Richardson The United States is finally awakening to the fact that it has a major stake in the future of the Arctic. Recognition of the national importance of the Arctic has been slow in coming despite the resource wealth that Arctic Alaska has thus far yielded. Although the United States has had strategic interests in the Arctic since World War II and active oil and gas interests there since the discovery of oil at Prudhoe Bay in 1968, its interest in the Arctic has been low in comparison with that of its Arctic neighbors, Canada and the Soviet Union. What has been described by some as an attitude of neglect toward the Arctic is now changing. The notion of change has become central in most current discussions about the future of the Arctic. It is apparent that the Arctic region is entering a period of greatly accelerated economic, social, strategic, and is political change. The driving force behind the changes taking place resource development activity, and although the present scale of this activity is not inconsequential, it is small in comparison to its projected growth in the next two decades. In short, the Arctic is about to come alive. However, knowledge of the Arctic and experience in the Arctic is comparatively limited. Moreover, competing interests and differing val­ ues exist among national groups and between countries in the Arctic, just as they do in the lower latitudes.