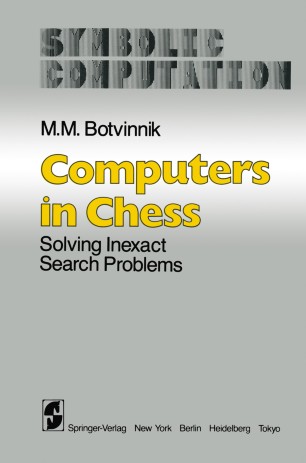 Much water has flowed over the dam since this book went to press in Moscow. One might expect that PIONEER would have made substantial advances-unfortunately it has not. There are reasons: the difficulty of the problem, the disenchantment of the mathematicians (because of the delays and drawing out of the work), and principally the insufficiency and some­ times complete lack of machine time. The general method used by PIONEER to solve complex multidimen­ sional search problems had already been formulated at that time. It was supposed that the successful completion of the chess program PIONEER-l would provide a sufficient validation for the method. We did not succeed in completing it. But, unexpectedly, PIONEER's method obtained a different kind of validation. Since our group of mathematicians works at the Institute for Electroen­ ergy, we were invited to solve some energy-related problems and were assigned the task of constructing a program that would plan the recondi­ tioning of the equipment in power stations-initially for one month. Until then, the technicians had been preparing such plans without the aid of computers. Although the chess program was not complete even after ten years, the program PIONEER-2 for computing the monthly repair schedule for the Interconnected Power System of Russian Central was completed in a few months. In mid-October of 1980 a medium-speed computer constructed the plan in 40 seconds. When, at the end of the month, the mathematician A.