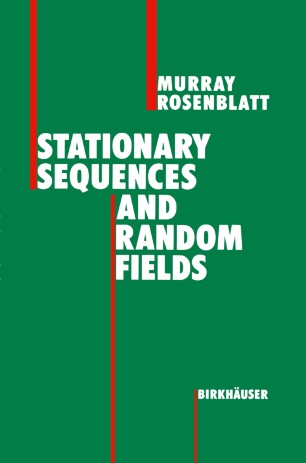 This book has a dual purpose. One of these is to present material which selec­ tively will be appropriate for a quarter or semester course in time series analysis and which will cover both the finite parameter and spectral approach. The second object is the presentation of topics of current research interest and some open questions. I mention these now. In particular, there is a discussion in Chapter III of the types of limit theorems that will imply asymptotic nor­ mality for covariance estimates and smoothings of the periodogram. This dis­ cussion allows one to get results on the asymptotic distribution of finite para­ meter estimates that are broader than those usually given in the literature in Chapter IV. A derivation of the asymptotic distribution for spectral (second order) estimates is given under an assumption of strong mixing in Chapter V. A discussion of higher order cumulant spectra and their large sample properties under appropriate moment conditions follows in Chapter VI. Probability density, conditional probability density and regression estimates are considered in Chapter VII under conditions of short range dependence. Chapter VIII deals with a number of topics. At first estimates for the structure function of a large class of non-Gaussian linear processes are constructed. One can determine much more about this structure or transfer function in the non-Gaussian case than one can for Gaussian processes. In particular, one can determine almost all the phase information.