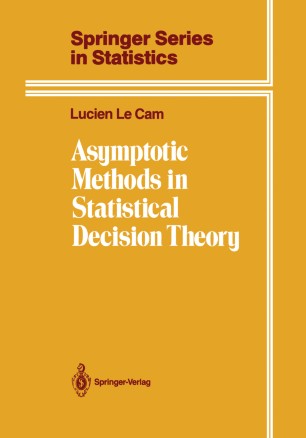 This book grew out of lectures delivered at the University of California, Berkeley, over many years. The subject is a part of asymptotics in statistics, organized around a few central ideas. The presentation proceeds from the general to the particular since this seemed the best way to emphasize the basic concepts. The reader is expected to have been exposed to statistical thinking and methodology, as expounded for instance in the book by H. Cramer [1946] or the more recent text by P. Bickel and K. Doksum [1977]. Another pos­ sibility, closer to the present in spirit, is Ferguson [1967]. Otherwise the reader is expected to possess some mathematical maturity, but not really a great deal of detailed mathematical knowledge. Very few mathematical objects are used; their assumed properties are simple; the results are almost always immediate consequences of the definitions. Some objects, such as vector lattices, may not have been included in the standard background of a student of statistics. For these we have provided a summary of relevant facts in the Appendix. The basic structures in the whole affair are systems that Blackwell called "experiments" and "transitions" between them. An "experiment" is a mathe­ matical abstraction intended to describe the basic features of an observational process if that process is contemplated in advance of its implementation. Typically, an experiment consists of a set E> of theories about what may happen in the observational process.