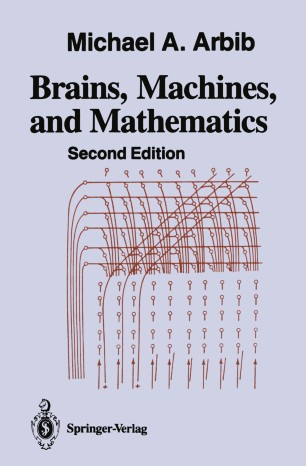 This is a book whose time has come-again. The first edition (published by McGraw-Hill in 1964) was written in 1962, and it celebrated a number of approaches to developing an automata theory that could provide insights into the processing of information in brainlike machines, making it accessible to readers with no more than a college freshman's knowledge of mathematics. The book introduced many readers to aspects of cybernetics-the study of computation and control in animal and machine. But by the mid-1960s, many workers abandoned the integrated study of brains and machines to pursue artificial intelligence (AI) as an end in itself-the programming of computers to exhibit some aspects of human intelligence, but with the emphasis on achieving some benchmark of performance rather than on capturing the mechanisms by which humans were themselves intelligent. Some workers tried to use concepts from AI to model human cognition using computer programs, but were so dominated by the metaphor "the mind is a computer" that many argued that the mind must share with the computers of the 1960s the property of being serial, of executing a series of operations one at a time. As the 1960s became the 1970s, this trend continued. Meanwhile, experi­ mental neuroscience saw an exploration of new data on the anatomy and physiology of neural circuitry, but little of this research placed these circuits in the context of overall behavior, and little was informed by theoretical con­ cepts beyond feedback mechanisms and feature detectors.