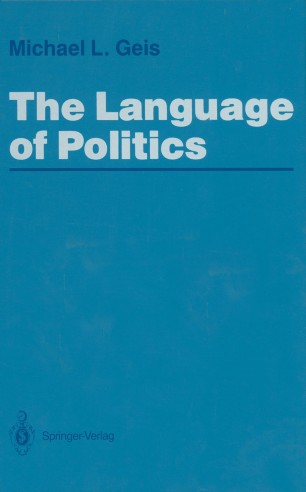 The Language of Politics

This study is the second of two I have done concerning how language is used to persuade others to believe things and to do things. The first, published by Aca­ demic Press, was The Language of Television Advertising, and was concerned with how advertisers use language in their efforts to sell products and services and how consumers could be expected to understand it. In this study, the focus is on how politicians use language to win elections and get others to accept their policies and programs and on how journalists report the suasive efforts of politicans. I combine an interest in the language of political reporting with an interest in the language of politics for a number of reasons. First, much of the suasive rhetoric of politicians is filtered through the minds of political journalists before it reaches the citizenry, and we can be reasonably sure that this rhetoric does not come out the way it went in. Second, the press plays a significant role in deter­ mining the nation's political agenda through its choices of what issues will be presented to the public, how these issues will be presented, and which voices will be heard speaking out on these issues. Third, political reporting can be suasive in effect, if not in intent, and it will be useful, I think, to understand how this is so.