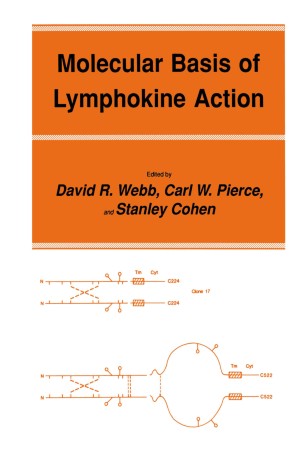 The Fifth International Lymphokine Workshop was convened in Clearwater Beach, Florida, January 11-15, 1987. The theme chosen for the meeting was 'The Molecular Basis of Lymphokine Action," which reflected the opinion of the organizers as to how far the field had moved since the first Lymphokine Workshop only eleven years ago. As was evident at the last Lymphokine Workshop held in 1985, the contribution of molecular biology, particularly in the cloning of lymphokine genes, continues to play an important role in clarifying the structure of lymphokines, providing recombinant (read "pure") proteins for biological studies, and suggesting directions for studies of the molecular basis of lymphokine activity. The most recent lymphokines to yield to molecular cloning meth­ odology were the B-cell growth and differentiation factors, in partic­ ular BSF-1 or, as it is sometimes termed, interleukin 4. One of the surprises from this research is the broad spectrum of activities that can be attributed to this molecule, aside from its effects on B-cells, thus perhaps justifying its being called an interleukin. The interleukin 2 symposium demonstrated that even in a well-established research area, controversy and excitement can continue, when evidence was presented by several investigators indicating the presence of a second "converter" protein that changes the affinity of the now classical Tac antigen from a low to a high affinity IL-2 receptor.