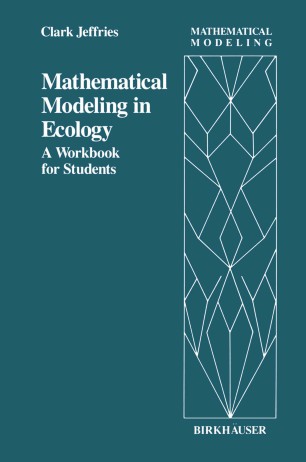 A Workbook for Students

Mathematical ecology is the application of mathematics to describe and understand ecosystems. There are two main approaches. One is to describe natural communities and induce statistical patterns or relationships which should generally occur. However, this book is devoted entirely to introducing the student to the second approach: to study deterministic mathematical models and, on the basis of mathematical results on the models, to look for the same patterns or relationships in nature. This book is a compromise between three competing desiderata. It seeks to: maximize the generality of the models; constrain the models to "behave" realistically, that is, to exhibit stability and other features; and minimize the difficulty of presentations of the models. The ultimate goal of the book is to introduce the reader to the general mathematical tools used in building realistic ecosystem models. Just such a model is presented in Chapter Nine. The book should also serve as a stepping-stone both to advanced mathematical works like Stability of Biological Communities by Yu. M. Svirezhev and D. O. Logofet (Mir, Moscow, 1983) and to advanced modeling texts like Freshwater Ecosystems by M. Straskraba and A. H. Gnauch (Elsevier, Amsterdam, 1985).