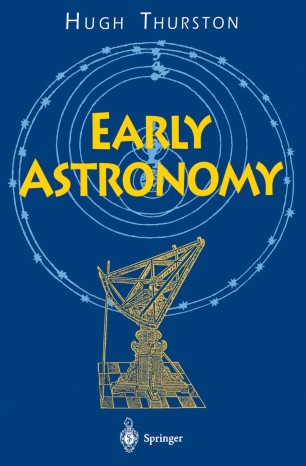 People must have watched the skies from time immemorial. Human beings have always shown intellectual curiosity in abundance, and before the invention of modern distractions people had more time-and more mental energy-to devote to stargazing than we have. Megaliths, Chinese oracle bones, Babylonian clay tablets, and Mayan glyphs all yield evi­ dence of early peoples' interest in the skies. To understand early astronomy we need to be familiar with various phenomena that could-and still can-be seen in the sky. For instance, it seems that some early people were interested in the points on the horizon where the moon rises or sets and marked the directions of these points with megaliths. These directions go through a complicated cycle-much more complicated than the cycle of the phases of the moon from new to full and back to new, and more complicated than the cycle of the rising and setting directions of the sun. Other peoples were interested in the irregular motions of the planets and in the way in which the times of rising of the various stars varied through the year, so we need to know about these phenomena, i. e. , about retrogression and about heliacal rising, to usc the technical terms. The book opens with an explanation of these matters. Early astronomers did more than just gaze in awe at the heavenly bodies; they tried to understand the complex details of their movements. By 300 H. C.