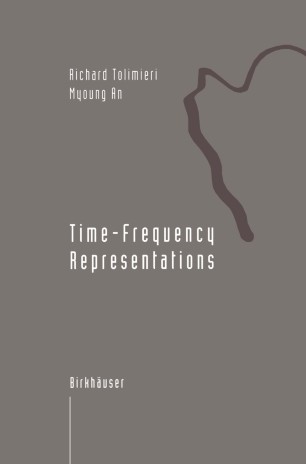 The aim of this work is to present several topics in time-frequency analysis as subjects in abelian group theory. The algebraic point of view pre­ dominates as questions of convergence are not considered. Our approach emphasizes the unifying role played by group structures on the development of theory and algorithms. This book consists of two main parts. The first treats Weyl-Heisenberg representations over finite abelian groups and the second deals with mul­ tirate filter structures over free abelian groups of finite rank. In both, the methods are dimensionless and coordinate-free and apply to one and multidimensional problems. The selection of topics is not motivated by mathematical necessity but rather by simplicity. We could have developed Weyl-Heisenberg theory over free abelian groups of finite rank or more generally developed both topics over locally compact abelian groups. However, except for having to dis­ cuss conditions for convergence, Haar measures, and other standard topics from analysis the underlying structures would essentially be the same. A re­ cent collection of papers [17] provides an excellent review of time-frequency analysis over locally compact abelian groups. A further reason for limiting the scope of generality is that our results can be immediately applied to the design of algorithms and codes for time­ frequency processing.