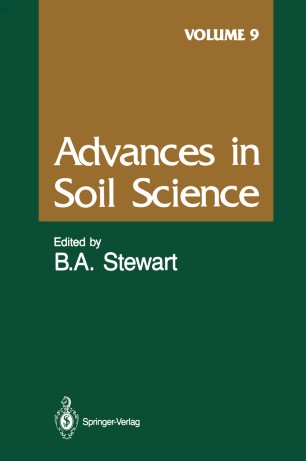 Soil is formed from the physical and chemical weathering of rocks-processes described historically because they involve eons of time-by glaciation, and by wind and water transport of soil materials, later deposited in deltas and loessial planes. Soil undergoes further transformations over time and provides a habitat for biological life and a base for the development of civilizations. Soil is dynamic - always changing as a result of the forces of nature and particularly by the influences of man. Soils have been studied as long as history has been documented. W. H. Gardner told of writings on clay tablets, dating about 1700 Be, in his review, "Early Soil Physics into the Mid-20th Century;' published in Volume 4 of this series. Those writings gave specific instructions on cultivating the soil and seeding crops. Numerous references to soil are found in historical writings, such as Aristotle (384-322 Be), Theophrastus (372-286 Be), Cato the Elder (234-149 Be), and Varro (116-27 Be). Some of the earliest historical refer­ ences to soil 3000 or more years ago have to do with erosional forces of wind and water. The study of soils today has taken on increased importance because a rapidly expanding population is placing demands on soil that has never before been experienced. Soil scientists have professionally divided themselves into separate disciplines-physics, chemistry, microbiology, mineralogy, genesis, and the like. Studies range from very basic to very applied, and to literally every corner of the earth, and ofthe moon as well.