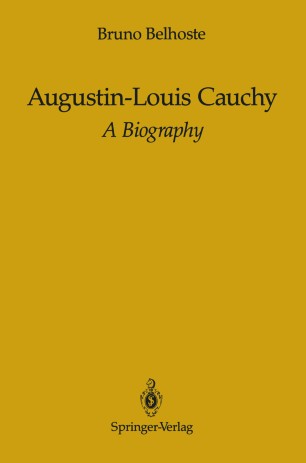 A great difficulty facing a biographer of Cauchy is that of delineating the curious interplay between the man, his times, and his scientific endeavors. Professor Belhoste has succeeded admirably in meeting this challenge and has thus written a vivid biography that is both readable and informative. His subject stands out as one of the most brilliant, versatile, and prolific fig ures in the annals of science. Nearly two hundred years have now passed since the young Cauchy set about his task of clarifying mathematics, extending it, applying it wherever possible, and placing it on a firm theoretical footing. Through Belhoste's work we are afforded a detailed, rather personalized picture of how a first rate mathematician worked at his discipline - his strivings, his inspirations, his triumphs, his failures, and above all, his conflicts and his errors.