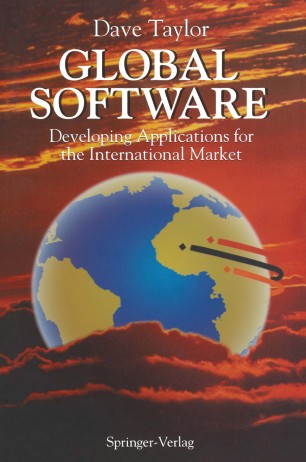 Developing Applications for the International Market

John Sculley In the short history of personal computing, the task of the software programmer has been one of the least recognized-but one of the most significant-in the industry. In addition to defining the prob­ lems, and presenting the solutions, the software programmer is con­ fronted with the challenge of having to predict what combination of ideas and technologies will move the industry forward in the most compelling way. Even though we've seen the development of tremendous applications in a surprisingly short period of time, the most difficult problems often surface when we try to elevate a suc­ cessful local idea to the international arena. In the case of Apple Computer, these challenges become especially profound when you consider that Apple sells Macintosh not just in the United States, but in Japan, China, the Middle East, Africa, East­ ern Europe, and even to the United Nations itself. Of course, this means that the personal computer must work everywhere around the world. But more significantly, it also means that the software must reflect the uniqueness of a given culture, its language, morals, and even its sense of humor. To step away from a narrowly-defined, nationally-based paradigm for software development, programmers, management, and entire corporations must learn to recognize what elements of an interface, problem solving technique, documentation illustration, package de­ sign, and advertisement are local, and which elements are appro­ priate for global markets.