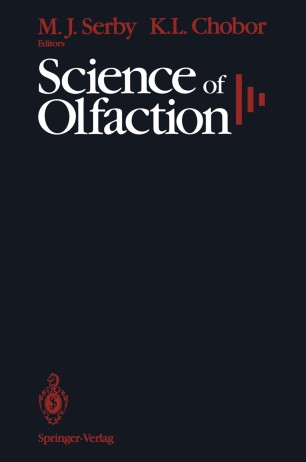 A book such as this one necessarily entails the effort of many individuals. Its first seed was a workshop in 1988 that one of us (K. L. C. ) designed and directed at the City University of New York Graduate Center as part of a series of conferences and workshops on topics in neuropsychology spon­ sored by the Institute for Research in Behavioral Neuroscience (IRBN). At that time, studies in the efficacy of olfaction as an alternative modality of stimulation in brain-injured adults were taking place at IRBN. The work­ shop helped to spark many new ideas among IRBN's staff, leading to various projects in clinical intervention, some of which are discussed in this volume. We soon discovered that clinical interest in olfaction was steadily increasing, and that this modality was in many ways on a par with the rest. Along with progress in the clinical investigation of olfaction, an abundance of work has been published in the basic science of the field. Ideas such as the regeneration of olfactory neurons and the use of these neurons in trans­ plantation took hold and were proved to be viable ones. These develop­ ments along with a profusion of techniques that allow a closer look at the anatomy and physiology of olfaction, have contributed to the accelerated pace with which this field is now advancing. Dr.