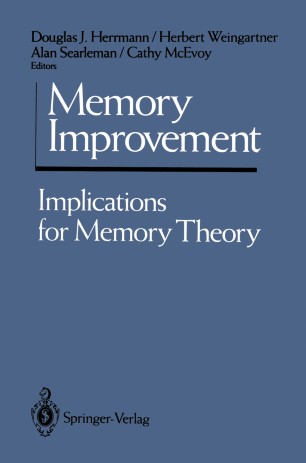 Memory Improvement: Implications for Memory Theory brings together researchers working on various aspects in the field. Recent findings on memory improvement are examined, and their relevance to memory theory is demonstrated. A majority of the chapters review how certain psychological factors (psychopharmacology, emotional state, metamemory, strategies, practice, external aids, social interaction, context, and attention) may be influenced to improve one's memory. In the final chapters an attempt is made to relate memory-improvement phenomena to the theory of memory improvement and to memory theory in general. This book extends understanding of memory and questions to what extent the memory system functions independently of the rest of the psychological system. The book is aimed at a broad spectrum of psychologists interested in state-of-the-art memory-improvement research from both a practical and a theoretical perspective.