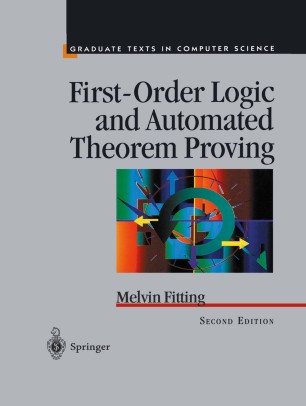 There are many kinds of books on formal logic. Some have philosophers as their intended audience, some mathematicians, some computer scien­ tists. Although there is a common core to all such books, they will be very different in emphasis, methods, and even appearance. This book is intended for computer scientists. But even this is not precise. Within computer science formal logic turns up in a number of areas, from pro­ gram verification to logic programming to artificial intelligence. This book is intended for computer scientists interested in automated theo­ rem proving in classical logic. To be more precise yet, it is essentially a theoretical treatment, not a how-to book, although how-to issues are not neglected. This does not mean, of course, that the book will be of no interest to philosophers or mathematicians. It does contain a thorough presentation of formal logic and many proof techniques, and as such it contains all the material one would expect to find in a course in formal logic covering completeness but, not incompleteness issues. The first item to be addressed is, What are we talking about and why are we interested in it? We are primarily talking about truth as used in mathematical discourse, and our interest in it is, or should be, self­ evident. Truth is a semantic concept, so we begin with models and their properties. These are used to define our subject.