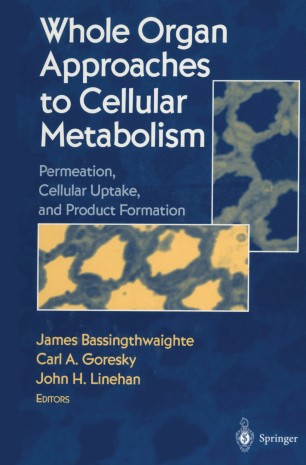 The field of capillary-tissue exchange physiology has been galvanized twice in the past 25 years. A 1969 conference at the National Academy of Sciences in Copenhagen resulted in the book Capillary Permeability: The Transfer of Mole­ cules and Ions Between the Capillary Blood and the Tissue (Crone and Lassen, 1970). It focused on the physiochemical aspects of transcapillary water and solute transport. The field has matured considerably since. This volume was designed as the successor to the 1970 book, and was created at a gathering of the authors at McGill University. It too captures the breadth of a field that has been dramatically enriched by numerous technical and conceptual advances. In 1970 it was already known that the capillary wall was not merely a "cellophane bag" exerting steric hindrances on solute particles. Instead, the endothelial surface was recognized as the site of binding reactions and permeation by passive or carrier-mediated trans­ port. Furthermore, the cells of the blood could traverse evanescent wide openings in the "zippered" clefts. Today, research priorities have turned more to cell-cell interactions, toward understanding the utility of the gap junctional connections between endothelial cells and neighboring smooth muscle cells, neuronal twigs, and the parenchymal cells of organs. New discoveries in the past few years have revealed the critical importance of the close relationships between the endothelial cells and the parenchymal cells.