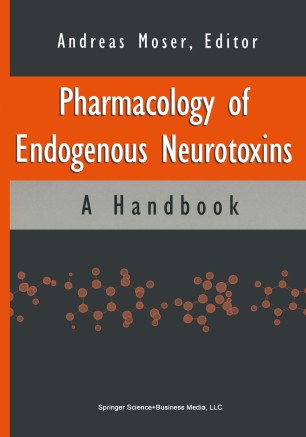 It is a great pleasure to write the foreword to this important volume for several reasons. First: As far as we know, already primitive societies had to cope with environmental toxins of many kinds and set up regulations to limit their effects on food and drug use. Modem science, synthesizing tens of millions of new compounds has incredibly magnified this challenge. Today, xenobiotic metabolism has become a crucial task for humans and many other species alike. Second: When reading this book, one is impressed by the extraordinary speed at which neurotoxicology has advanced. Obviously, processing (and endogenous formation) oftox­ ins has become an extremely relevant topic. When I had the chance, almost three decades ago, to work in chemical pharmacology with Bernard B. Brodie at NIH, the drug metabo­ lizing system of the liver had just been recognized and characterized. We had just started to work on the biogenic amines, newly discovered cyclic nucleotides in rat brain, human cere­ brospinal fluid, and on the effects of toxic drugs like amphetamines. Today, biochemical neuropharmacology is a mature field of neuroscience.