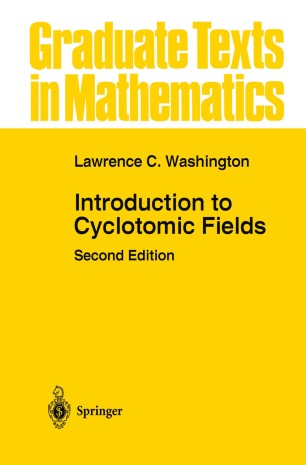 Introduction to Cyclotomic Fields is a carefully written exposition of a central area of number theory that can be used as a second course in algebraic number theory. Starting at an elementary level, the volume covers p-adic L-functions, class numbers, cyclotomic units, Fermat's Last Theorem, and Iwasawa's theory of Z_p-extensions, leading the reader to an understanding of modern research literature. Many exercises are included.
The second edition includes a new chapter on the work of Thaine, Kolyvagin, and Rubin, including a proof of the Main Conjecture. There is also a chapter giving other recent developments, including primality testing via Jacobi sums and Sinnott's proof of the vanishing of Iwasawa's f-invariant.