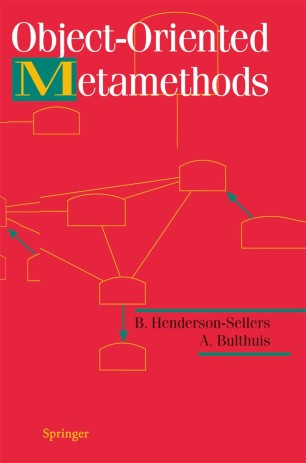 Object technology is maturing rapidly. One sign of that is the formality of the discussions that occur all around the world: at conferences, in newsgroups, in industry developer groups and in academe. One face of formality is metamodelling: seeking the model of the model that gives the rules by which the model itself is constructed. In OT terms, it means seeking the underpinning rules in a methodology in which, for instance, it is suggested we depict an aggregate structure using one particular notation. The questions that need answering are the semantics of that relation­ ship and the constraints; i. e. , when and how it is allowable and what values/constructs are not admissible. In the past, these rules and constraints have been merely written down in textbooks and methodology manuals. Unfortunately, despite the plethora of au­ thoring and word processing programs available, this leads to in­ consistencies when cross-checks are not assiduously undertaken. There are few explict signs of metamodels in the published OOAD texts. In this book, we describe how we found those metamodels implicitly written into the methods. We formalized each of these in exactly the same way, using the same metalevel concepts and metarelationships. This book describes the fruits of those metamodelling labours, which we undertook as objectively as possible in 1995. In 1996 we then worked with the individual methodologists to ensure that we had not misinterpreted any par­ ticular metamodels.