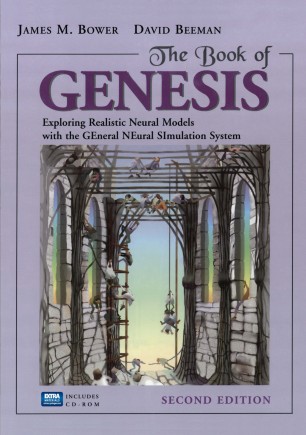 The Book of GENESIS

This is the second edition of a step-by -step tutorial for professionals, researchers and students working in the area of neuroscience in general, and computational neuroscience in particular. It can also be used as an interactive self-study guide to understanding biological neuronal and network structure for those working in the area of artificial neural networks and the cognitive sciences. The tutorials are based upon the GENESIS neural simulation system, which is now being used for teaching and research in at least 26 countries. The following chapters consist of a combination of edited contributions from researchers in computational neuroscience and current users of the system, as well as several chapters that we have written ourselves. This book, and the tutorial simulations on which it is based, grew out of a simulation laboratory accompanying the annual Methods in Computational Neuroscience course taught at the Marine Biological Laboratory in Woods Hole, MA from 1988 to 1992. Since that time, the tutorials have been further developed and refined while being used in courses taught at Caltech and several other institutions, including the Crete course in Computational Neuroscience. For this second edition, we have made many revisions and additions based on comments, suggestions and corrections from members of the GENESIS Users Group, BABEL, and from students and teachers who have used this book.