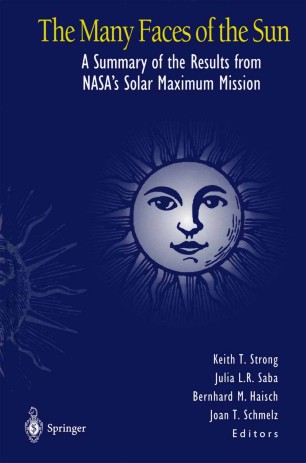 The Many Faces of the Sun

A Summary of the Results from NASA’s Solar Maximum Mission

A decade of observations of the Sun with NASA's Solar Maximum Mission satellite has led to many discoveries in solar physics and atomic physics. While the analysis of the data is still continuing, a huge body of literature has now been published interpreting results from the mission. This book collects a review of these results in a single volume to provide a snapshot, as it were, of the current state of knowledge of solar physics. It will thus be a useful tool for both teaching and research, as well as a guide to planners of future missions to investigate the Sun. Individual chapters, each written by an expert in solar physics, cover such topics as: z Variations in the solar irradiance z Active regions of the Sun z The corona: elemental abundances; coronal mass ejections z Chromospheric evaporation z Solar flares; ultraviolet flares; nonthermal flare emissions z Flare dynamics; preflare activity; the gradual phase of flares; particle acceleration in flares z Spectroscopy and atomic physics z Solar-terrestrial science z The solar-stellar connection z Comet observations z Cosmic studies