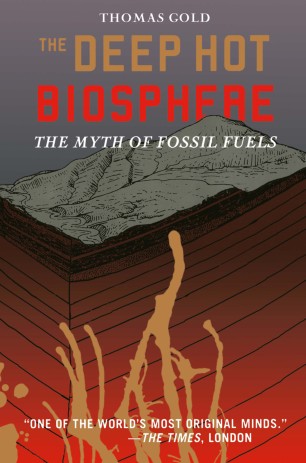 The Myth of Fossil Fuels

This book sets forth a set of truly controversial and astonishing theories: First, it proposes that below the surface of the earth is a biosphere of greater mass and volume than the biosphere the total sum of living things on our planet's continents and in its oceans. Second, it proposes that the inhabitants of this subterranean biosphere are not plants or animals as we know them, but heat-loving bacteria that survive on a diet consisting solely of hydrocarbons that is, natural gas and petroleum. And third and perhaps most heretically, the book advances the stunning idea that most hydrocarbons on Earth are not the byproduct of biological debris ("fossil fuels"), but were a common constituent of the materials from which the earth itself was formed some 4.5 billion years ago.
The implications are astounding. The theory proposes answers to often-asked questions: Is the deep hot biosphere where life originated, and do Mars and other seemingly barren planets contain deep biospheres? Even more provocatively, is it possible that there is an enormous store of hydrocarbons upwelling from deep within the earth that can provide us with abundant supplies of gas and petroleum?
However far-fetched these ideas seem, they are supported by a growing body of evidence, and by the indisputable stature and seriousness Gold brings to any scientific debate. In this book we see a brilliant and boldly original thinker, increasingly a rarity in modern science, as he develops potentially revolutionary ideas about how our world works.