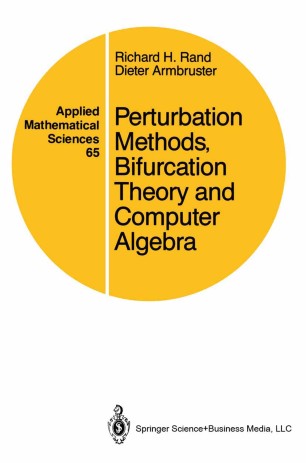 Perturbation methods have always been an important tool for treating nonlinear differential equations. Now the drudgery associated with them has been eliminated! This book offers computer algebra (MACSYMA) programs which implement the most popular perturbation methods. Not only does this avoid the errors associated with hand computation, but the increase in efficiency permits more complicated problems to be tackled. This book is useful both for the beginner learning perturbation methods for the first time, as well as for the researcher. Methods covered include: Lindstedt's method, center manifolds, normal forms, two variable expansion method (method of multiple scales), averaging, Lie transforms and Liapunov-Schmidt reduction. For each method the book includes an introduction and some example problems solved both by hand and by machine. The examples feature common bifurcations such as the pitchfork and the Hopf. The MACSYMA code for each method is given and suggested exercises are provided at the end of each Chapter. An Appendix offers a brief introduction to MACSYMA.