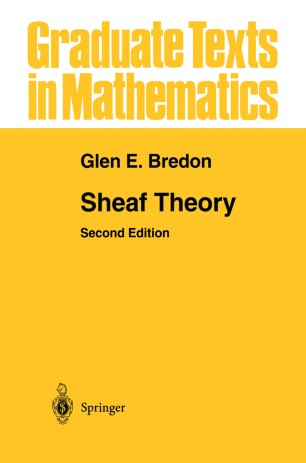 This book is primarily concerned with the study of cohomology theories of general topological spaces with "general coefficient systems." Sheaves play several roles in this study. For example, they provide a suitable notion of "general coefficient systems." Moreover, they furnish us with a common method of defining various cohomology theories and of comparison between different cohomology theories. The parts of the theory of sheaves covered here are those areas impor­tant to algebraic topology. Sheaf theory is also important in other fields of mathematics, notably algebraic geometry, but that is outside the scope of the present book. Thus a more descriptive title for this book might have been Algebraic Topology from the Point of View of Sheaf Theory. Several innovations will be found in this book. Notably, the con­cept of the "tautness" of a subspace (an adaptation of an analogous no­tion of Spanier to sheaf-theoretic cohomology) is introduced and exploited throughout the book. The fact that sheaf-theoretic cohomology satisfies 1 the homotopy property is proved for general topological spaces. Also, relative cohomology is introduced into sheaf theory. Concerning relative cohomology, it should be noted that sheaf-theoretic cohomology is usually considered as a "single space" theory.