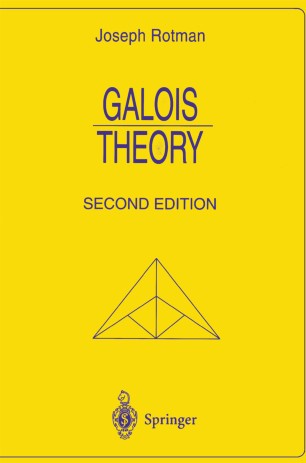 The first edition aimed to give a geodesic path to the Fundamental Theorem of Galois Theory, and I still think its brevity is valuable. Alas, the book is now a bit longer, but I feel that the changes are worthwhile. I began by rewriting almost all the text, trying to make proofs clearer, and often giving more details than before. Since many students find the road to the Fundamental Theorem an intricate one, the book now begins with a short section on symmetry groups of polygons in the plane; an analogy of polygons and their symmetry groups with polynomials and their Galois groups can serve as a guide by helping readers organize the various definitions and constructions. The exposition has been reorganized so that the discussion of solvability by radicals now appears later; this makes the proof of the Abel-Ruffini theo rem easier to digest. I have also included several theorems not in the first edition. For example, the Casus Irreducibilis is now proved, in keeping with a historical interest lurking in these pages.