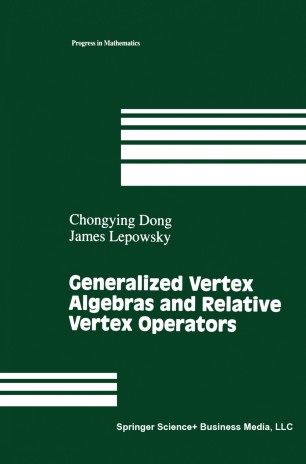 Part of the Progress in Mathematics book series (PM, volume 112)

The rapidly-evolving theory of vertex operator algebras provides deep insight into many important algebraic structures. Vertex operator algebras can be viewed as "complex analogues" of both Lie algebras and associative algebras. They are mathematically precise counterparts of what are known in physics as chiral algebras, and in particular, they are intimately related to string theory and conformal field theory.

The monograph is written in a n accessible and self-contained manner, with detailed proofs and with many examples interwoven through the axiomatic treatment as motivation and applications. It will be useful for research mathematicians and theoretical physicists working the such fields as representation theory and algebraic structure sand will provide the basis for a number of graduate courses and seminars on these and related topics.