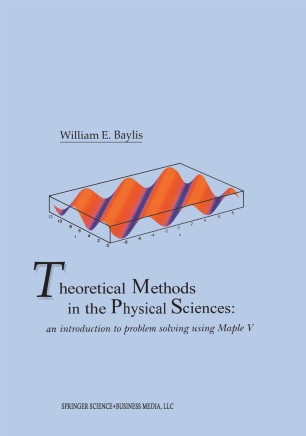 Theoretical Methods in the Physical Sciences

The advent of relatively inexpensive but powerful computers is af­ fecting practically all aspects of our lives, but some of the greatest influence is being felt in the physical sciences. However, university curricula and teaching methods have responded somewhat cautiously, having only recently come to terms with the now omnipresent calcula­ tor. While many instructors at first feared that the widespread use of pocket calculators would lead to generations of students who could not multiply or perhaps even add, few now seriously lament the disappear­ ance of slide rules, logarithm tables, and the often error-bound tedium that such tools of the trade demand. Time that used to be spent on the use of logarithm tables and manual square-root extraction can be prof­ itably turned to earlier studies of calculus or computer programming. Now that the calculator has been accepted into the classroom, we face a computer-software revolution which promises to be considerably more profound. Modern textbooks in the physical sciences routinely assume their readers have access not only to calculators, but often to home or even mainframe computers as well, and the problems teachers discuss and assign students can be more complex and often more realistic than in the days of only pad and pencil computations. As less effort is spent on numerical computation, more can be devoted to conceptual under­ standing and to applications of the increasingly sophisticated mathe­ matical methods needed for a real appreciation of recent advances in the discipline.