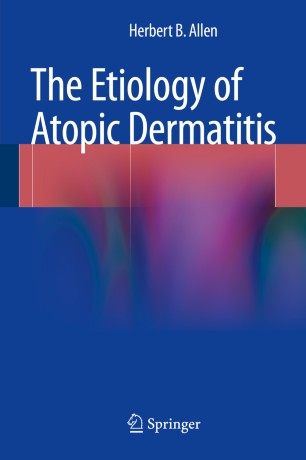 The Etiology of Atopic Dermatitis

Atopic dermatitis has been called “the itch that rashes”, and this book reveals what causes the “itch”. It presents completely new and unique findings in eczema: sweat ducts that become occluded with staphylococcal biofilms trigger the innate immune system with TLR2 receptor activity and this leads to production of the “itching” and inflammation in this disease.

The Etiology ofAtopic Dermatitis details new concepts that bacterial biofilms occlude sweat ducts, trigger the innate immune system, and produce the lesions in atopic dermatitis. The author discusses the findings in terms of microbiology, pathology, immunology, genetics, physiology, treatment, diseases where eczema is considered a secondary component, and diseases not previously thought to be eczema, and followed by an epilogue where eczema and psoriasis are compared. Both these diseases are caused by bacteria, but neither one can be considered an infection. As such, this book is for all who take care of patients with atopic dermatitis, including dermatologists, pediatricians, family practice doctors, allergists and pathologists. It will also be interesting for those involved in research in microbiology, physiology, immunology, and genetics.