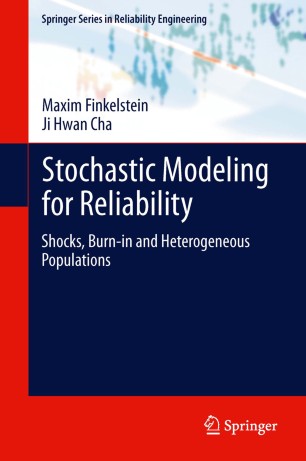 The populations of manufactured items in industry are usually heterogeneous. However, the conventional reliability analysis is performed under the implicit assumption of homogeneity, which can result in distortion of the corresponding reliability indices and various misconceptions. Stochastic Modeling for Reliability fills this gap and presents the basics and further developments of reliability theory for heterogeneous populations. Specifically, the authors consider burn-in as a method of elimination of ‘weak’ items from heterogeneous populations. The real life objects are operating in a changing environment. One of the ways to model an impact of this environment is via the external shocks occurring in accordance with some stochastic point processes. The basic theory for Poisson shock processes is developed and also shocks as a method of burn-in and of the environmental stress screening for manufactured items are considered.

Stochastic Modeling for Reliability introduces and explores the concept of burn-in in heterogeneous populations and its recent development, providing a sound reference for reliability engineers, applied mathematicians, product managers and manufacturers alike.