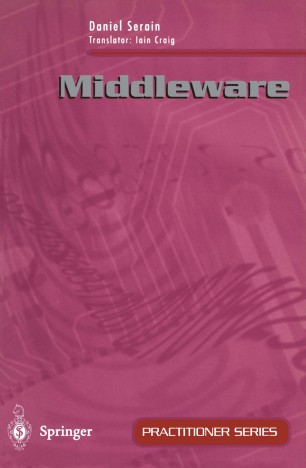 Middleware is a layer of software situated between the operating system and the applications, permitting them to exchange information among themselves. This book looks at some of the typical problems found in businesses, that can be solved by an approach based on middleware technologies and also describes the close interlap of the Internet with middleware. Middleware contributes to the diffusion and understanding of role played by middleware in the design of future complex information systems and will be important reading for practitioners. This book is aimed at senior designers and technical managers, which would include both professionals working for sophisticated user organisations and those working for software suppliers and systems houses. It is also written to be part of a final year university course in Information Technology Applied to Business Management and as such will of interest to final year undergraduates as well.