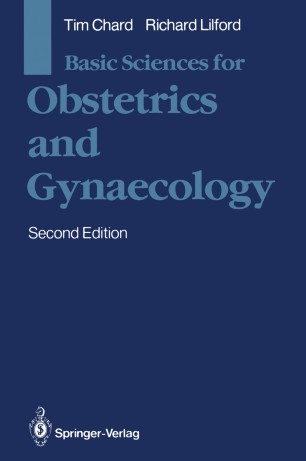 Basic Sciences for Obstetrics and Gynaecology

In the three years since the publication of the first edition this book has been very well received by those for whom it was intended-candidates for primary examinations in Obstetrics and Gynaecology. In consequence, we make no excuse for repeating the formula of addressing only those facts which are neither speculative nor contentious. An attempt to widen this brief would multiply the length of the book by three or four times and would place it in an identical category with several much larger texts which we recommend at the end of each chapter to those seeking a deeper understanding of any particular subject. As the underlying philosophy remains the same, the main changes in the second edition are the addition of new material and revision of existing material. New material includes subjects in which interest has expanded greatly in recent years (e.g. AIDS) and topics which were inadvertently overlooked before (e.g. congenital adrenal hyperplasia). Revision of existing material has been extensive, with many detailed changes aimed at expanding the factual base while retaining or improving the clarity of explanation. Finally, and probably most important, many of the changes are those which have been suggested by readers and reviewers of the first edition: this feedback has been invaluable to the authors and we now hope will be equally valuable to readers of the new edition.