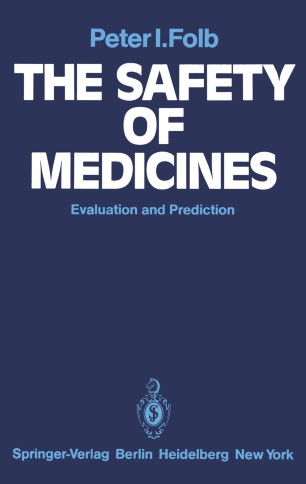 The Safety of Medicines

The last thirty years have seen an unprecedented increase in the discovery of new drugs, and moreover, these drugs, unlike many of the nostra of former times, have varied and powerful pharmacological actions. The occurrence of one or two "drug disasters", together with a change in public attitudes, has made it necessary for governments to introduce legislation to control the intro­ duction and release of new therapeutic agents, and most countries in the Western World have some form of drug licensing agency. Whole series of regulations have appeared which aim at discovering and defining the toxicity of new drugs. Many of these regulations rely heavily on testing drugs in animals before they are used in man, and at present very extensive and prolonged animal studies are required by most licensing authorities. It is most opportune that Professor Folb has decided to review the present position in this monograph. It is not only inhumane but also wasteful of time and money if extensive animal experiments which have little or no relevance to the human situation are carried out; furthermore, such results may even be dangerously misleading. There is little doubt that some preliminary animal investigations are necessary, but it is essential to keep their relevance under continuous review and to adopt a critical and flexible approach rather than heap regulation upon regulation.