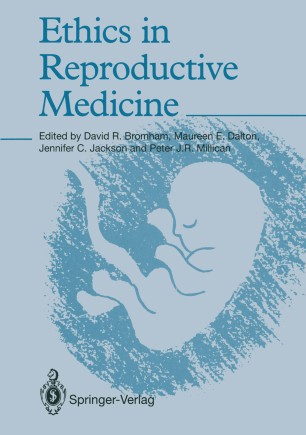 Medical ethics is a difficult and controversial field and that part of it dealing with reproductive medicine is no exception. Our first conference on philosophical ethics in reproductive medicine (PERM 1) in 1988 discussed many of the controversies in this field. The acclaim it received encouraged us to organise PERM 2 but choosing a relevant and topical programme was a clairvoyant challenge in its own right. Since PERM 1 we have seen a number of developments, in the UK and internationally, that have thrown the problems that society must face into sharp relief. Drawing on the expertise of contributors from science, many medical specialities, philosophy, theology and economics, we have sought to address the issues raised by these new developments, as well as a number of long-standing issues that remain as contentious as ever, but of undiminished significance. On the scientific front, the long-predicted technique of embryo biopsy and diagnosis is now a reality. This has prompted the inclusion of some of the topics addressed by this second conference.