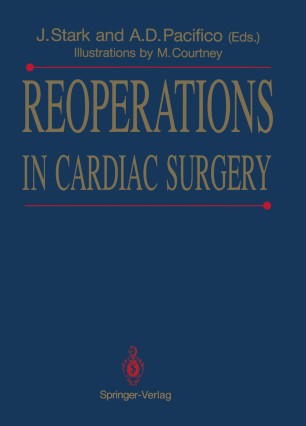 Nearly a century has passed since Rehn performed the first successful cardiac operation by closing a right ventricular stab wound in a gravely ill patient. Moreover, it has been more than fifty years since Gross successfully corrected the first congenital cardiac malformation in 1938 by suture ligation of a patent ductus arteriosus. The introduction of the Blalock operation for tetralogy of Fallot by Blalock in 1944 greatly advanced the management and prognosis of a critically ill group of cardiac patients, and the success of this procedure further stimulated the development of concepts and techniques for the surgical management of other severe congenital cardiac defects. Until the successful use of extracorporeal circulation by Gibbon in 1953, it was often necessary to perform cardiac operations which were palliative rather than curative procedures. With the advent of additional new and improved techniques, correction of many hitherto incurable cardiac disorders became possible and reoperation under these circumstances became frequent. Cardiac surgery is very fortunate in having two master surgeons, whose distinctive contributions and clinical proficiency are recognized worldwide, to edit this extraordinary and unique text. They have placed emphasis on a number of specific complications of primary cardiac procedures which lead to the necessity for reoperation. Problems associated with postoperative infections, thrombotic dis­ orders, stenoses of suture lines, deterioration of prosthetic materials and mechanical valves, rejection of transplanted organs and tissues, and a host of additional complications are described together with their appropriate surgical management.