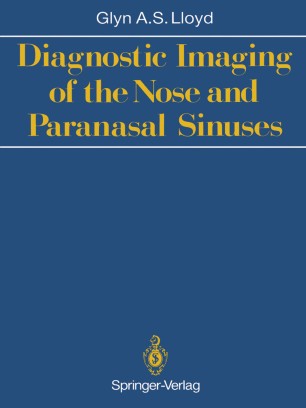 Diagnostic Imaging of the Nose and Paranasal Sinuses

In the past two decades the radiological investigation and imaging of paranasal sinus disease has been revolutionised by the introduction of two new techniques: magnetic resonance and computerised tomography. These have made the diagnosis and localisation of neoplastic and non-neoplastic disease a far more exact process and they have completely replaced con­ ventional pluridirectional tomography as a means of augmenting the initial plain radiographic examination of the paranasal sinuses. The recent introduction into clinical practice of the paramagnetic contrast agent gadolinium DTPA has extended further the range of magnetic resonance in the demonstration of naso-sinus disease. The account which follows is an attempt to summarise present knowledge in this division of otorhinolaryngology imaging. The format of the chapters has been arranged in two halves: the initial nine chapters are concerned with investigative techniques and non-neoplastic disease. while the second half of the book is entirely devoted to benign and malignant tumours. The latter chapters are arranged according to the nomenclature proposed by my two ex-colleagues. Professor I. Friedmann and the late Dr D. A. Osborn. in their book The Pathology of Granulomas and Neoplasms of the Nose and Paranasal Sinuses (Churchill Livingstone. 1982).