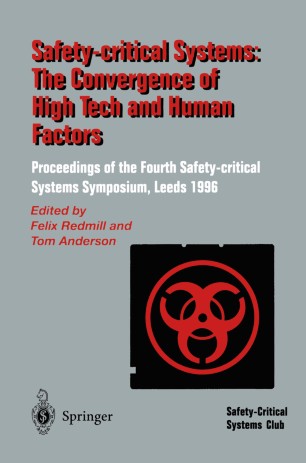 Safety-Critical Systems: The Convergence of High Tech and Human Factors

Safety-critical systems, in the sense of software-based systems used in safety­ critical applications, are 'high-tech'. They are products of modern technology. Their effective, efficient and safe functioning depends not only on the devel­ opment of the right technologies but also on the right use of them. The safety of a system may be compromised not only by faults in the system but also by the use in the first place of an unreliable, unsafe, or unproved technology in its development. The key to the development and use of both technologies and systems is the human being. Until recently, the importance of human involvement, other than at the direct operational level, was hardly admitted. But now the unreliability of humans is recognised, as is the potential for latent faults to be introduced into systems at any point in their life cycles, by all who are in­ volved with them, including designers and strategic decision makers.